Tesla just held its annual shareholder meeting, and it was an opportunity for Elon Musk to talk Model 3, new Superchargers, and Autopilot. As well as a fresh vote of confidence in the outspoken company founder and chief executive, the event saw some new details on some of Tesla’s most hotly-anticipated hardware – both on wheels and otherwise.

The Model 3 just took pole position in its segment

For all the talk of production holdups, it’d be easy to think that there are very few Tesla Model 3 on the roads. Not so, says the automaker. It’s been looking at the official sales figures in the mid-sized premium sedan segment in the US, and reckons its car has taken the top spot.

In May 2018, Tesla claims, the Model 3 outsold Mercedes’ C Class, Audi’s A4, BMW’s 3 Series, and the Lexus IS. Indeed, The Model 3 apparently has just north of 30-percent of the total market share in the segment, which is more than a little impressive. Meanwhile, Musk said that Tesla is trying to get the cost of Model 3 insurance lower, with the automaker apparently working with insurance companies to get prices significantly under what you’d pay for one of those competing gasoline sedans. 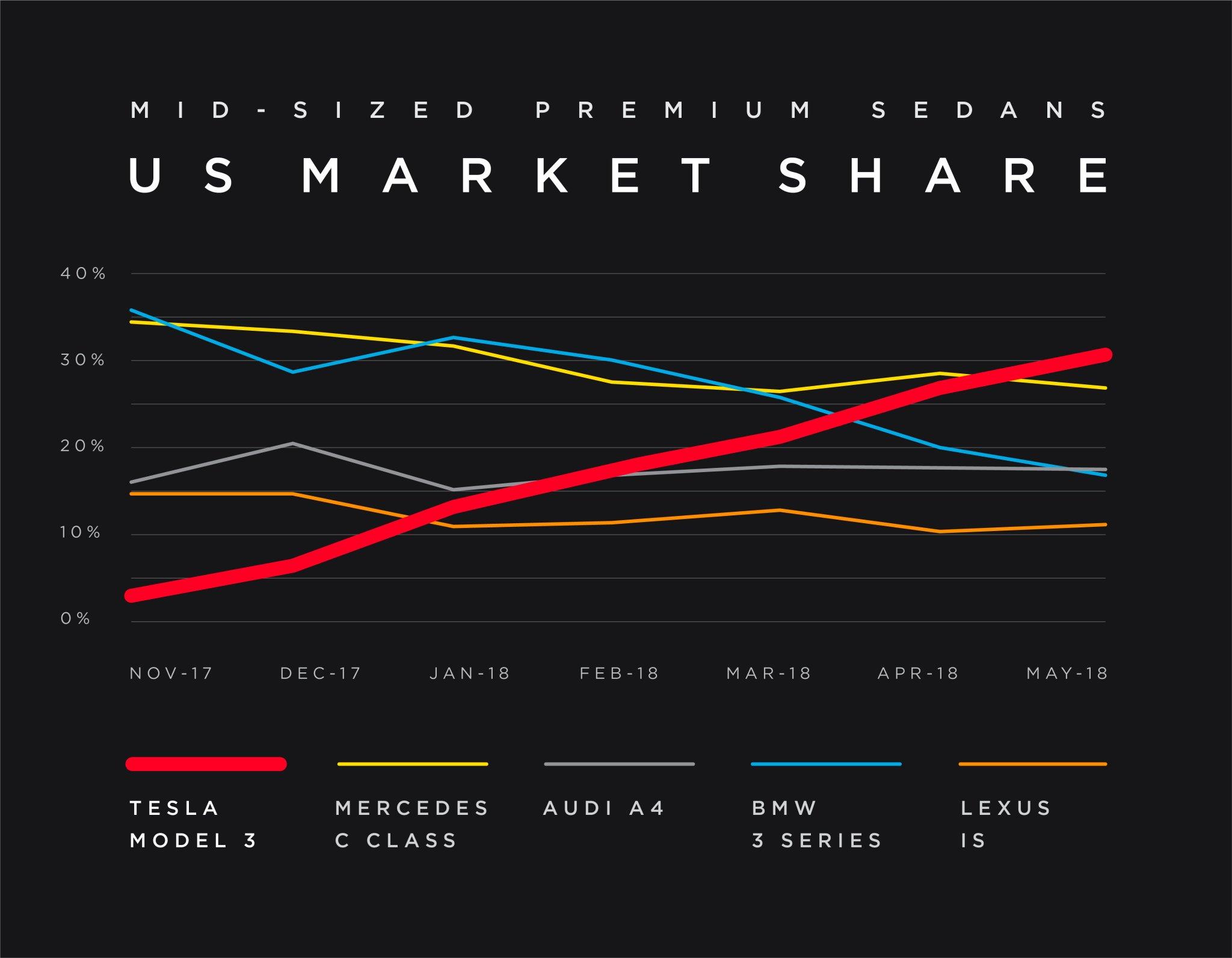 Of all of Elon Musk’s promises that have come to haunt him, announcing the Model 3 would start at $35,000 must rank among the top few. So far – by design, Musk has said previously – Tesla has focused on more expensive configurations of the EV. However, that hasn’t stopped demand from would-be Model 3 buyers who want to spend the bare minimum.

According to Musk, their day is in sight. Production of the $35k car is expected to start by the end of 2018, the chief exec promised. Meanwhile, Tesla is working toward a realistic target of building 3,500 Model 3 every week by the end of June 2018.

The Supercharger V3 is coming, too

Tesla’s allure has never just been its cars – its Supercharger network has always been a wildcard in the EV game. Now, the third-generation Superchargers are fast incoming, with Musk saying they were expected to deploy by the end of the year. It’ll involve a significant infrastructure change, Musk says. 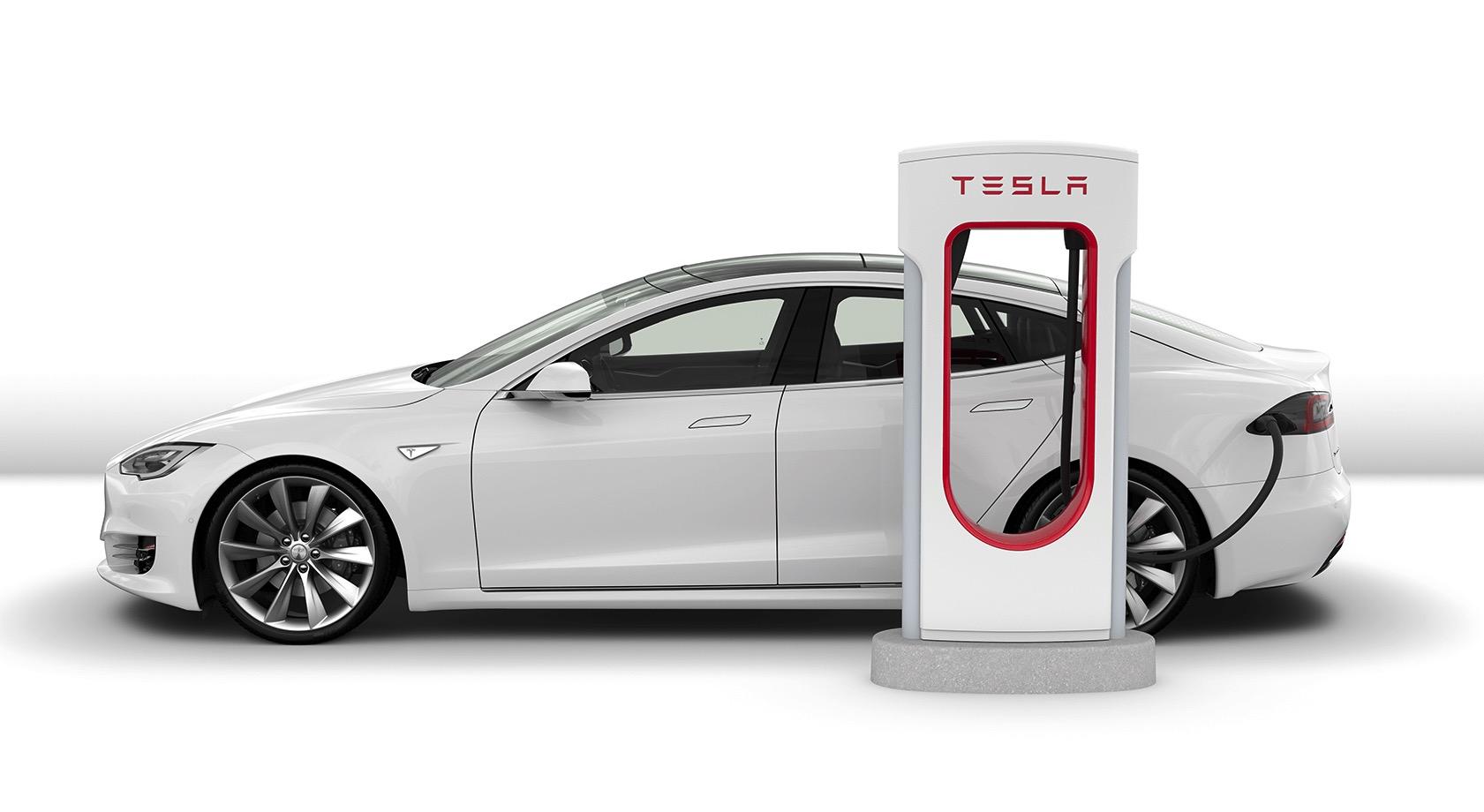 Among the improvements will be solar panels for the chargers. That, it’s suggested, will help keep them up and running even if the infrastructure itself isn’t necessarily reliable. Right now, there are almost 10,000 Superchargers around the world.

You’ll soon be able to test drive the Model 3

If the Model 3 proved anything, it’s that Tesla fans were willing to sign up for a new car without having driven it – or even sat in it. In most cases, reservation holders staked their place in line back in 2016 having only seen Tesla’s most affordable car on a livestream. Even now, more than two years on, it’s not unreasonable to think that there could be Model 3 reservation holders who still haven’t even seen the car in the metal on the roads.

Happily, that’s changing. Tesla says it plans to start Model 3 test drives by the end of this month, finally giving people a chance to get behind the unusual dashboard of the electric car. The goal is to have all Tesla stores offering the chance to take a test drive by the end of July, though it’s likely that demand will be significant and you may have to wait a while to get your turn. 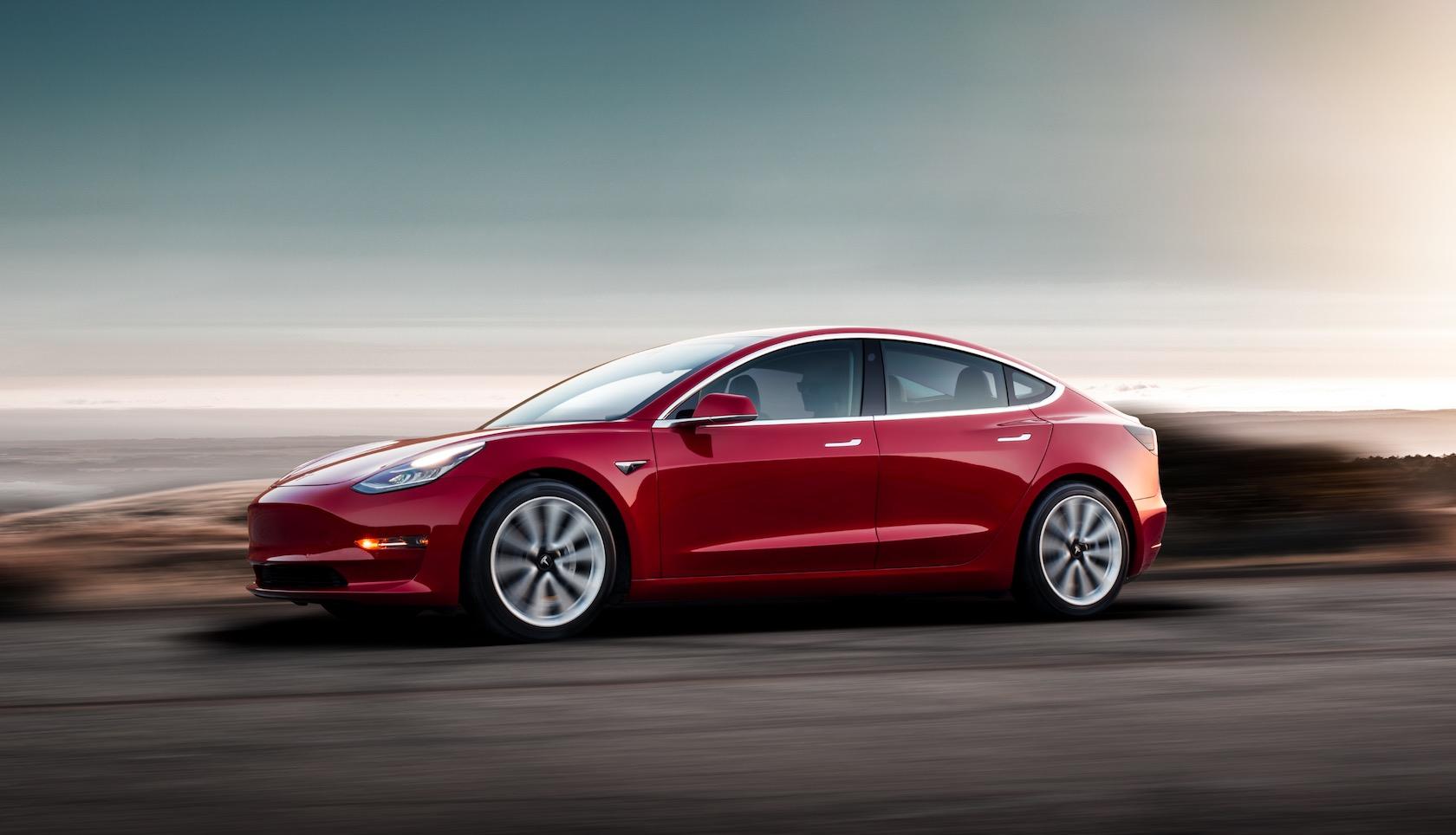 It’d be easy to assume that every Tesla buyer automatically checks the option box for Autopilot, but with the driver assistance system a $5,000 premium on the Model 3, not everybody is going to cough up the cash for it. However, just as on the Model S and Model X, the car has the Autopilot hardware whether or not you pay for the system. All that changes is software.

So, Tesla is planning to offer a free Autopilot trial, to give those who initially opted not to add the system the chance to change their mind. It’s something it tried back in 2016 with Autopilot on the Model S and Model X, though it’s unclear how many conversions from trial to full upgrade actually happened. If this new trial goes anything like that, there’ll be a slight price premium for unlocking Autopilot permanently compared to opting for it on the original order.